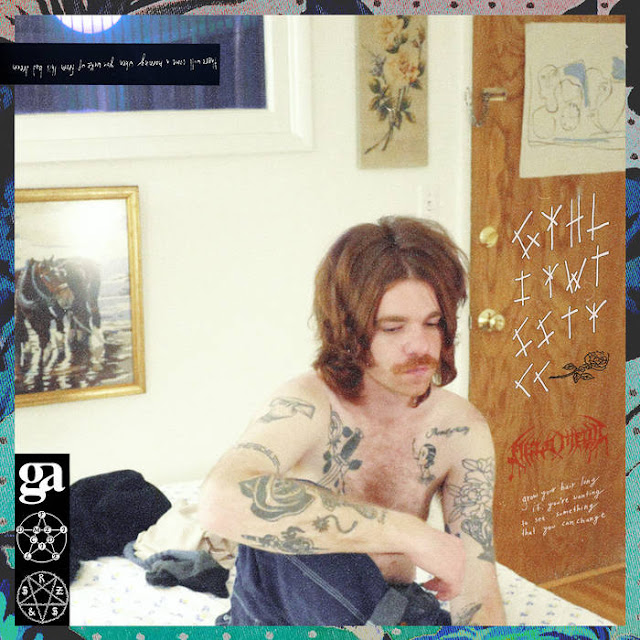 Few songwriters are able to pinpoint difficult emotions and address them with such devastating clarity and disarming humor quite like Field Medic. The long-running musical project of Los Angeles-based musician Kevin Patrick Sullivan, he makes music that’s so startlingly honest that it can cut the tension in any room. He’s excelled at self-reflection and making deceptively simple folk songs about loneliness, sobriety, and growing up. But for his latest LP, grow your hair long if you're wanting to see something you can change, which is out October 14 via Run For Cover, Sullivan decided to completely reinvent his approach to recording. The result is his most ambitious, fully-formed, and emotionally resonant collection of tracks yet. 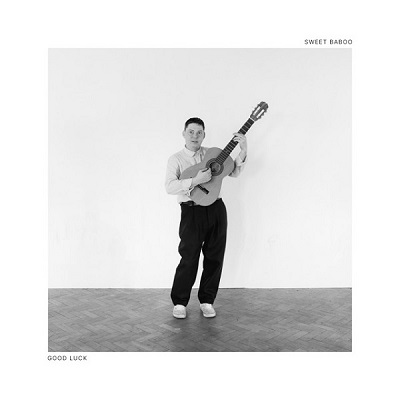 Cradling an uncomplicated guitar, a man in trousers of artful proportion pours tender tales into your ear; my ear; the tubes-and-funnels ear of a retrofuturistc listening device. Plucking nylon strings as he sings of waitresses who gaze through checked café windows, weathered fishermen who cast lines under blue-grey skies, and beloved, untameable dogs who stretch their long legs too far from home, is the enigmatic Sweet Baboo: musician as mirage, great beautifier of the mundane; each of his songs an ode to the tragedy and the comedy and the magnificence of life’s minutiae, momentarily appreciated before the world goes spinning on.
https://www.sweetbaboo.co.uk/the-wreckage
1 comment:
Email ThisBlogThis!Share to TwitterShare to FacebookShare to Pinterest
Labels: indie, official video, single 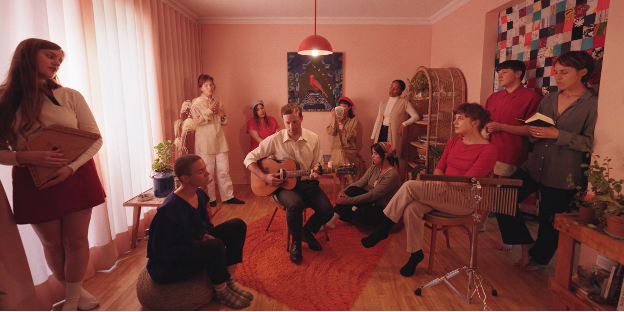 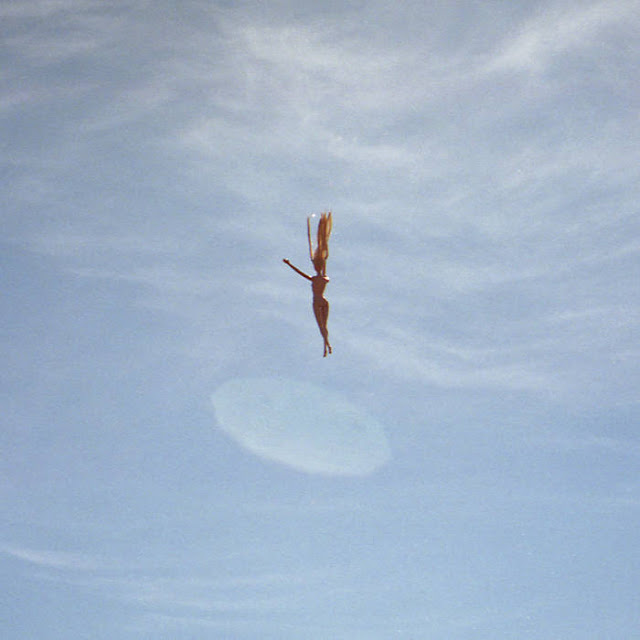 On record, she produces intricate and lush sonic environments in her own little corner of the heavy music scene. She describes her sound as "Heaven Metal," AKA emotional music about devastation: catharsis. Johnston writes primarily about grief, and the many faces it can inhabit.
1 comment:
Email ThisBlogThis!Share to TwitterShare to FacebookShare to Pinterest
Labels: ambient, bandcamp, indie, name your price, shoegaze, single 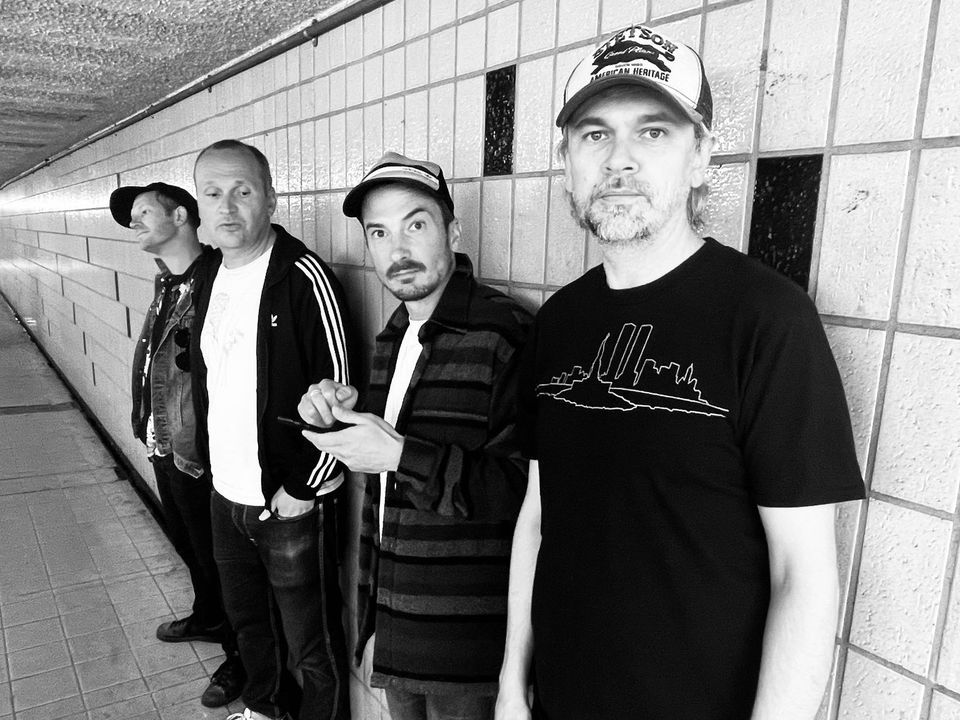 Website
To convey the almost 20-year career of the band is to take a deep dive into all forms of electronic music - from pop to house to disco to acid - along with nods to 1970s Germany, psychedelia, funk and art pop. And that’s exactly what Slight Variations does, while also capturing the duality of a band who can craft meticulously constructed studio music as seamlessly as they can lock into unpredictable yet infectious grooves on stage. Within the wide variation this record displays, "New Body Language" incorporates 1970s West African funk and high life around a house music template.
1 comment:
Email ThisBlogThis!Share to TwitterShare to FacebookShare to Pinterest
Labels: electropop, krautrock, official video, submission 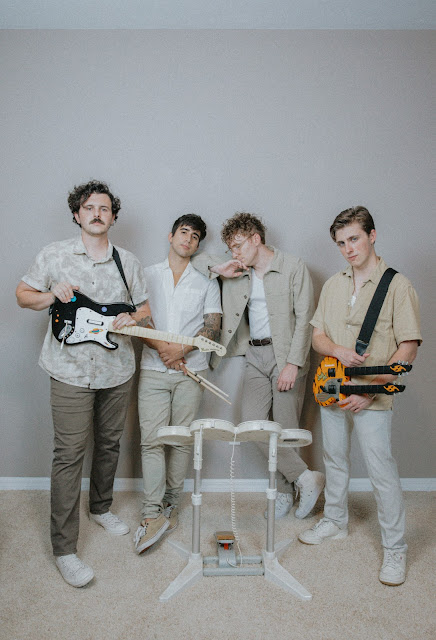 In the infamous words of LCD Soundsystem’s James Murphy, Florida indie-pop band Driveaway have metaphorically “sold their turntables and bought guitars” on today’s release of “Wishing Well.” Stepping out from their typical synth-driven indie pop earworms, today’s single dials up the angst and let’s the guitar and drums take center stage. Lyrically, the song documents too many days bleeding together from putting on a front for others and where that breaking point lies – Stream. 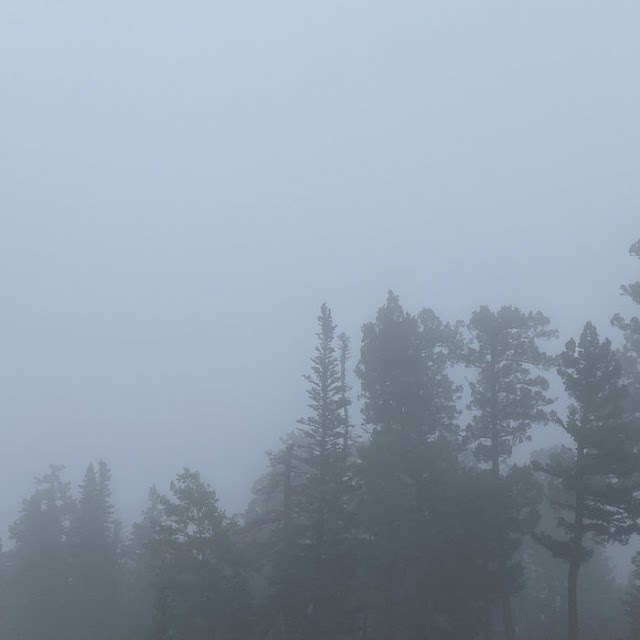 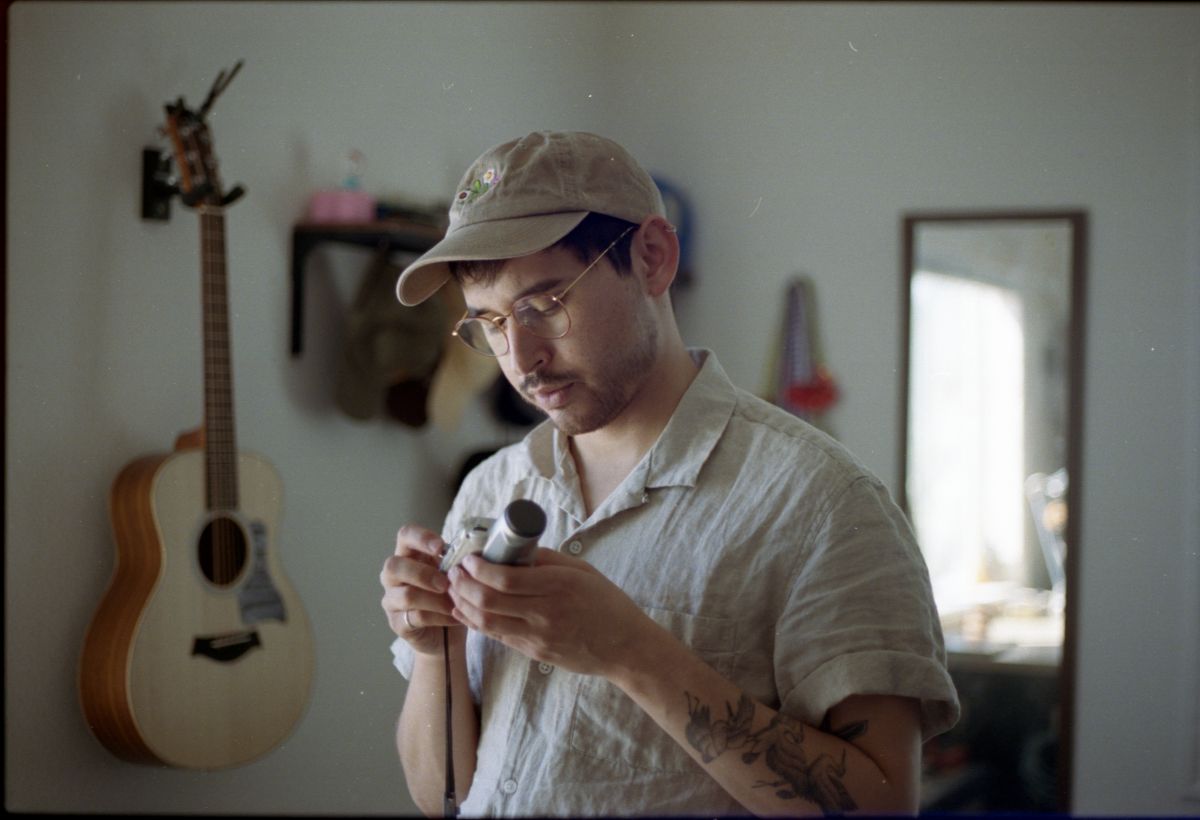 http://soundaslanguage.limitedrun.com/
Santino Gonzales, who records music under his nickname “Tino,” is an artist from Los Lunas, New Mexico. Moved by the landscape of his childhood, Tino uses ufology, adobe, & radio to investigate cultural attitudes around the fear of alienation & the desire for connection. Lately, Tino has been exploring how these interests relate to ideas about home.
Sonically, Tino uses improvisation and looping to create soundscapes inspired by times past. Fractured melodies weave in and out of one another, punctuated by radio static and home recordings. This sound collage, with instruments both old and new, situates Tino among contemporary sound artists and ambient musicians.
While inspiration comes from many places, Gonzales’ music could join a mixtape with the likes of Grouper, The Caretaker, Windy & Carl, or videogame soundtracks like Kentucky Route Zero.
No comments:
Email ThisBlogThis!Share to TwitterShare to FacebookShare to Pinterest
Labels: ambient electronic, experimental, official video, submission 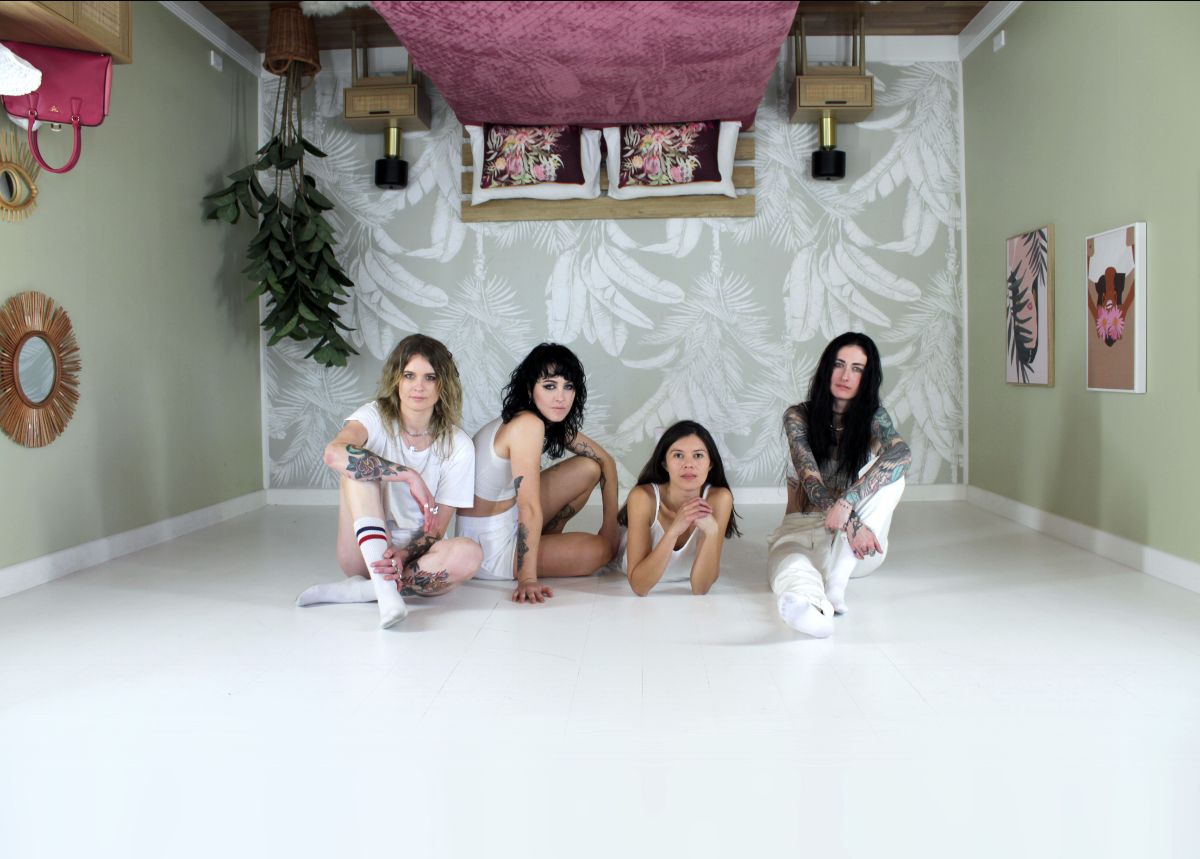 “‘Twas the night before Mardi Gras and all through the house, not a creature was stirring… until the first notes of Downgirl, when every living thing within earshot woke the fuck up and wondered, reasonably, whether the world was ending. A fearsome set, where everything is inside out, an impossible puzzle of things that don’t make sense but just do. It’s like enjoying getting a hammer to back of the head. What utter fun.”
(The Underground Stage) 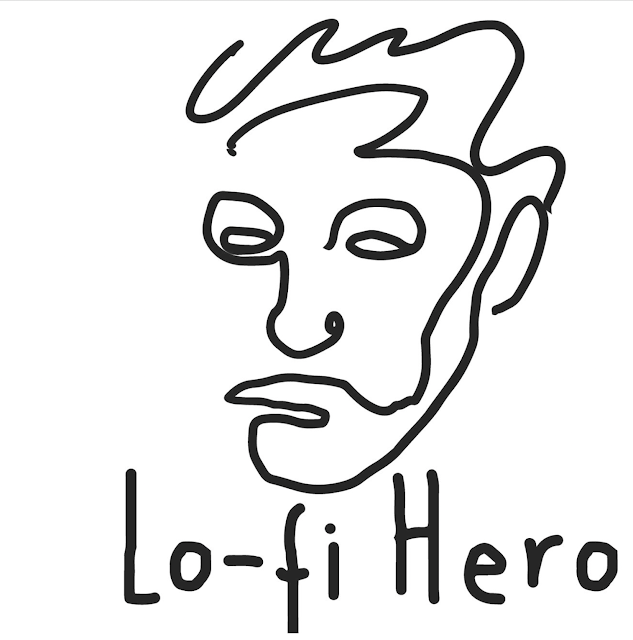 https://www.lo-fihero.com/
Lo-fi Hero is modern music made on analog gear: old and new, loop-based and performed, to create a new sonic landscape. Our project is based on taking live performances, then turning them into samples, and resampling the parts in inventive ways.
The track “No Appetite” was recorded, then exported to an MPC, then sampled back into the DAW. It should feel like longing, and a foreboding heartache.
1 comment:
Email ThisBlogThis!Share to TwitterShare to FacebookShare to Pinterest
Labels: alternative, lofi, official video, pop, submission
Older Posts Home
Subscribe to: Posts (Atom)